Compliance and audit professionals can rejoice at yet another pop TV show that captures what you do so brilliantly: Homecoming, a stripped-down, fast-paced drama on Amazon where the action rests on the shoulders of a Defense Department compliance officer.

The stars of the show are Julia Roberts, who plays troubled social worker Heidi; and Bobby Cannavale, who plays her boss Colin with vaguely amoral intent and oily repulsiveness. They work for a social services outfit called Homecoming, meant to help war veterans acclimate back to civilian life.

Don’t let them fool you. The unsung heart of the show — the character whose actions make the mysterious and foreboding plot become clear — is a schlubby compliance officer named Thomas Carrasco, played by character actor Shea Whigham. Carrasco pieces together the monstrous misconduct that happened at Homecoming. 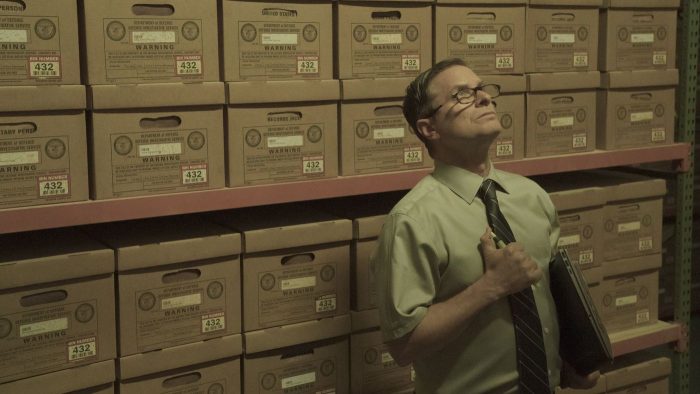 Carrasco’s dogged investigative work is what compliance and audit professionals will love seeing. If you’ve ever investigated misconduct that you knew had happened, but weren’t sure what happened; if you’ve ever toiled under a bureaucracy that claimed to value justice, but really just wanted to churn through the paperwork to close out the quarter; if you’ve ever sifted through reams of documents and eventually said, “F—k it, I have to get out there and look the witnesses in the eye,” then this is the show for you.

I can’t tell much about the plot without spoiling it. Suffice to say Homecoming skips back and forth from 2018, when Roberts’ character Heidi opens the Homecoming facility and welcomes the first wave of veterans; and 2022, when Heidi is a waitress scratching out a living at a fish shack. Carrasco arrives, trying to investigate a complaint filed in 2018 that Heidi claims she doesn’t recall.

What happened to those veterans? What happened to Heidi? How responsible was Colin, always whispering rationales into Heidi’s phone, or misdirecting Carrasco, or explaining away some awkward fact with all the lingo an evasive middle manager can muster?

The story is riveting, the visual presentation brilliant. Homecoming is a drama, but episodes are only 30 minutes long. So every episode is tight, economical, and every moment of plot counts. It’s worth noting that the director for the show is Sam Esmail, who also directs Mr. Robot (another show compliance and audit executives should be watching).

More than anything else, Homecoming depicts just how frustrating investigations can be.

More than anything else, Homecoming depicts just how frustrating investigations can be. In one episode, Colin and Carrasco’s boss both brutally tell our hero (because Carrasco is the hero in this tale) that his efforts to seek truth and justice on behalf of the Pentagon are pointless. He’s simply daydreaming that his work has higher meaning, they tell him, when really he’s just a bureaucrat paid to follow procedure.

I haven’t finished the last episodes yet, so I don’t know whether that bleak picture comes to pass. But let’s not kid ourselves: compliance and audit executives routinely face those existential dilemmas while working at large businesses. Success requires patience, persistence, and a deep faith that what you’re doing matters, even when past experience and all the world discourage you.

Ethics and compliance officers don’t talk about those pressures enough even in the real world, let alone see them accurately and skillfully portrayed on the screen. So if you need an excuse at Thanksgiving to stop talking to those relatives you don’t like, turn on the TV and tell them you have a great new show for everyone to watch.