This week’s Compliance Jobs Report begins with a compliance shakeup at BlackRock, and apparently a compliance ouster at ZTE Corp. We also have news from Las Vegas Sands Corp., I-Squared Capital, GE Power, and more. A cool compliance job is available for you animal lovers, and our Compliance Meme of the Week goes to audit executives sweating those analytics hires. Read on…

I gather these bits of information from LinkedIn, news alerts, and friends emailing me something to include. If you have a tip to pass along, email me at [email protected] or find me on LinkedIn. This report depends on people like you helping me, so send some news.

We begin with a compliance leadership change at asset management fund BlackRock. Chief compliance officer Georgina Fogo is leaving after more than three years on the job, to be chief risk officer at Janus Henderson Group. BlackRock will replace Fogo with Una Neary, who is head of the regulatory practices group at Goldman Sachs. Fun fact: Neary’s father owns an Irish pub in New York by the same name, and Neary reportedly works there sometimes as a hostess.

ZTE Corp. has reportedly removed its chief legal and compliance officer, Cheng Gang, for lying to U.S. regulators during a massive corruption probe that resulted in an $892 million fine against the company last year. He will be replaced by Wang Dong. It’s unclear whether Gang has left ZTE entirely or just lost his CCO and CLO titles. The Commerce Department just banned U.S. companies from selling products to ZTE earlier this week.

Manohar Shirol has a new job as manager of the fraud control unit at Wibmo, a mobil payments business with locations in Silicon Valley and Bengaluru, India. Shirol comes to Wibmo from Tajawal, an online travel agency based in Dubai, where he had been the risk team lead.

Jeffrey Stitt has left General Electric after 28 years at the company, almost all of them in corporate audit, compliance, or finance roles. He had been global chief compliance officer for the steam power division of GE Power November 2015.

Thomas Ailliot has joined BNP Paribas Cardif to oversee personal data protection and GDPR implementation for the company in Nanterre. Ailliot had worked at Optimind Winter as a junior consultant since 2017.

Heidi Platou has been promoted to compliance manager for South Asia and Albania for Statkraft India in New Delhi. Platou previously served as a senior compliance officer for the Southeast Europe and South Asia region, and has been with Statkraft since 2014.

Annamária Nádai is celebrating one year as a compliance analyst with CIB Bank. She is based in Hungary.

Fred Donner has left his job as executive vice president of enterprise risk management at Travelers Insurance to join FTI Consulting as a senior managing director in its insurance services practice.

CrossCheck Compliance scooped up Karen Cullen as director of its compliance and fair and responsible lending practices. Cullen previously worked at Discover Financial as its director of compliance risk strategy. At CrossCheck she will work with Liza Warner, whom some of you may remember from her days as chief compliance officer at Associated Bancorp.

Pharmaceutical company Boehringer Ingelheim is looking for a director of ethics and compliance. Job is based in Atlanta, working in BI’s animal research division.

The Colorado Housing and Finance Authority is seeking a compliance officer. No word on whether you need to pass a drug test.

And we see that the Dallas Mavericks have stopped accepting applications for their chief ethics and compliance officer job. Hmmm. 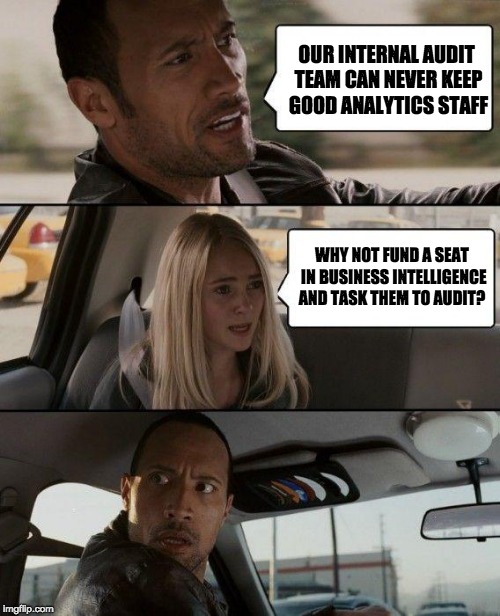 That’s all for the week ending April 20. Enjoy the weekend, and if you have a tip or want to brag about your new job, promotion, career milestone, or anything else, email me at [email protected] or find me on LinkedIn. I’m always happy to give credit to the many hard-working people here in our corner of the business universe.