Random thoughts about audit, risk, and compliance to keep you busy while I’m on vacation this week…

So far, the Trump Administration’s enforcement of the Foreign Corrupt Practices Act and the policy changes implemented by deputy attorney general Rod Rosenstein are perfectly reasonable, considering that a Republican administration is running the show right now. Nobody can complain that they’ve gutted the FCPA as a compliance concern.

The SEC got lots right with its proposals to reform its whistleblower awards program. Too bad chairman Jay Clayton had to include that idea of capping awards, which will get the whole thing challenged in court — assuming the commissioners can even get a final proposal passed.

I have to say, the National Education Association’s template listing six elements of an acceptable use policy is good, clear, and comprehensive.

For compliance professionals looking to brush up on trade policy, you cannot go wrong listening to the Trade Talks podcast hosted by Chad Brown of the Peterson Institute for International Economics and Soumaya Keynes of the Economist. I never miss an episode. 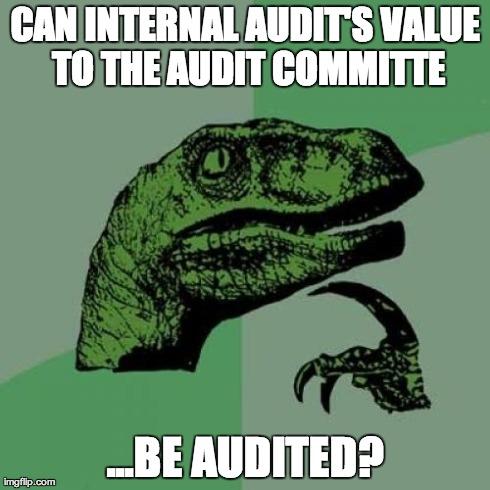 I understand why the new chairman of the PCAOB wanted to oust just about all the senior staff — but will this agency ever announce any successors for those jobs? (Latest rumor: yes, within the next few weeks.)

President Trump’s chief political problem is that he doesn’t lead his base; he defends it. So as that base becomes more out of touch with mainstream America — older, whiter, more male, more rural, more evangelical, less engaged with the world — that leaves an ever larger portion of America feeling like their government doesn’t work for, nor represent, them.

John Schnatter, the now-former CEO of Papa John’s, always struck me as a jerk.

OK, Congress watered down the Dodd-Frank Act to relax oversight on banks up to $250 billion in assets, and the financial system could withstand one failure of a bank that size. But the financial system might not handle multiple failures of banks that large all at one same time. So the question is, what failure of risk management could bring about that scenario? That’s the scenario to worry about.

Then my son asked, “So what is Stormy Daniels good at?” I passed on that question.

Prediction: Neither Trump’s call for semiannual corporate reporting, nor Sen. Elizabeth Warren’s call for employee representatives on corporate boards, will come to pass.

If it weren’t for last year’s corporate tax cuts inflating net income for Corporate America, the Dow Jones average could be 10 percent lower right now. For lots of businesses, those tax cuts are the only thing keeping net income growth going. We’re sticking our kids with a $1.5 trillion bill for that largesse, too.

The Office of Financial Research has an important mission, and it’s a shame the Trump Administration decided to whack staffing levels there. Then again, it’s an even larger shame that OFR was previously run by a managerial boob who gave it such a bad reputation.

As a Red Sox fan over the age of 40, I continue to struggle with how good this team is. To me, combining “Red Sox” and “excellence” in the same sentence goes against nature.

Thank the Lord that Congress dropped the proposal to exempt small companies from tagging their financial data in XBRL. That was such a dumb idea. XBRL is a powerful vehicle to unleash all sorts of valuable analysis. We should be expanding its use to tax returns, bankruptcy filings, corporate events — the whole shebang.

So you’re all racing through your financial records to determine how much your companies paid to grifters like Michael Cohen floating around the Trump Administration, right? Because after Democrats regain power in Congress, they’ll start investigating those payments immediately and hang everyone’s dirty laundry across the entire 202 area code.

If Congress and the SEC are so alarmed at the decline in IPOs in this country, someone explain to me the sense in legislative and regulatory reforms that give startups an easier path to raising capital without filing for an IPO. Because that’s what most of these “reforms” actually do.

I wish someone would leak those colored flashcards that the European Union used to show Trump why tariffs and trade wars are a terrible idea. Partly because I’m curious and partly because I’m trying to teach my four-year-old math, and clearly these cards worked.

Clayton was distracted by a lot of crises in his first year at the SEC: the cyber breach disclosed in 2017, the housecleaning at the PCAOB, the cryptocurrency craze. Now that those crises are receding, I bet we’ll see more attempts at substantive policy changes in coming months.

If we really wanted to spur small business growth in this country, we should (1) ban non-compete agreements nationwide; (2) take a regulatory sledgehammer to occupational licensing requirements at the state level; (3) establish government-subsidized daycare centers; and (4) provide single-payer healthcare.

So when someone pays for the coffee, dry cleaning, lunch, etc., of the random stranger next in line — how do you know how much money to give?

I have no idea whether Michael Avenatti will run for president in 2020, but if the Democrats retake Congress this November, he’d be a great chief counsel for the House Oversight Committee or the Senate Permanent Subcommittee on Investigations.

If you want to hear my theory connecting Ant Man & the Wasp to Captain Marvel to Avengers 4, email me at [email protected]. I think it works.