Well, here’s one way to let it all hang out: a former sales rep for opioid maker Insys testified in federal court this week that her boss, an ex-stripper, tried to win favor with a physician by giving him a lap dance.

That revealing business practice came to light as four Insys executives stand trial for racketeering and fraud. Prosecutors say the executives — billionaire John Kapoor, founder of Insys; and three of his top lieutenants — ran a wide-ranging scheme to drive up sales of Subsys, an opioid mouth spray. The four are accused of getting physicians to prescribe Subsys to patients who didn’t really need the drug by lavishing the doctors with gifts of travel, meals, and, um, other entertainment.

Technically, such misconduct could violate the Sunshine Act (pharmaceutical companies must record all “transfers of value” they give to physicians) or the Anti-Kickback Statute (don’t offer anything of value as an inducement for physicians to recommend goods or services that are medically unnecessary). So this trial does indeed involve issues that ethics and compliance officers in the pharmaceutical industry confront all the time.

Still, it’s not every day that misconduct allegations also involve lap dancing on the job, so let’s uncover what happened here.

A former Insys sales rep, Holly Brown, took the stand to describe a night that happened back in 2012. Brown was at a client dinner with her boss, Sunrise Lee, a former stripper who by 2012 had become a senior sales manager at Insys. Brown and Lee were singing the praises of Subsys to a Dr. Paul Madison. 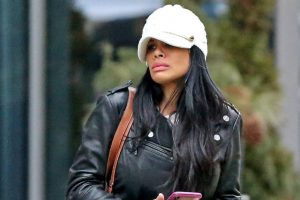 After dinner, the three ended up at a Chicago nightclub called The Underground. Brown was grooving on the dance floor, and glanced over to her boss Lee — whom, she said, was grinding on Madison in a “sexually suggestive” manner. According to an article in the Boston Herald, Brown said Lee “was sitting on his lap, kind of bouncing around, and he had his hands all over her, kind of inappropriately.”

Insys had been paying Madison to speak at industry events, supposedly to talk about Subsys as a pain relief drug. Brown said relationship was really more about showing Madison a good time in exchange for him hyping Subsys. She described the arrangement — and I’m not making this up — as a “tit-for-tat relationship.”

Madison, a pain management specialist whose medical license has been suspended by the state of Illinois, was convicted in federal court last year on unrelated healthcare fraud charges. He awaits sentencing, and isn’t expected to be a witness in this case.

Lee, the ex-stripper, was on hand Tuesday in federal court. The trial continues, and it’s unclear when prosecutors will reach the bottom of this case.