Compliance officers have a lot to consider about this week’s news that Facebook will pay $5.1 billion in penalties and implement a raft of procedures to improve its privacy compliance. Above all, however, consider this: the market didn’t care.

It didn’t. While we were all busy analyzing what Facebook’s settlements with the Federal Trade Commission and the Securities and Exchange Commission might mean, the company also filed its second-quarter report this week — and the market loved what it saw.

Revenue hit $16.9 billion for the quarter, with more rosy quarters expected in the future. Facebook shares rose 3.6 percent the day its settlements were announced. Share price overall has risen from a low of $125 last December to $20o this week, just short of an all-time high.

In other words, the market doesn’t believe Facebook’s settlements with the FTC and SEC will impede its future growth. As one analyst succinctly said to the Washington Post:

“Advertisers remain dedicated to Facebook despite its problems,” said eMarketer principal analyst Debra Aho Williamson. “This company has repeatedly shown that it can grow both its ad revenue and its user base, even in the face of enormous challenges.”

That strikes me as a crucial point, one that compliance officers must keep in mind as we consider all the implications of this week’s settlements. It raises interesting questions about the future of regulatory enforcement around privacy issues, especially for large tech firms — and those answers will have other implications for the rest of us.

What do I mean? Well, plenty of critics say these settlements are more about slapping Facebook for its prior misdeeds rather than curbing the company’s potential for future misconduct. See this item from Alex Stamos, Facebook’s former head of IT security:

The real threat to the tech giants is competition, not regulation, and everybody is missing what really happened today:

Facebook paid the FTC $5B for a letter that says “You never again have to create mechanisms that could facilitate competition.” https://t.co/djpmwCTbIu

Stamos is right. These settlements don’t do much to curb CEO Mark Zuckerberg’s immense power as majority shareholder at Facebook. They don’t make Facebook a less powerful business, able to do fewer things that can potentially gum up life for billions of people.

Remember what that means. If Facebook remains a juggernaut in social media, generating gobs of revenue every quarter — how much do its regulatory settlements matter?

One could say those settlements mean the price of privacy violations just went up. That may be true, but if your financial performance is rising even faster, then who cares? Privacy penalties become just another cost of doing business, like cynics say about FCPA enforcement.

If regulators truly want to reduce Facebook’s potential for mischief and misconduct, that’s what they have to do: make Facebook a less powerful business.

Which brings us to the real news this week: the Justice Department’s antitrust investigation into Facebook.

Will We Put Antitrust to Work?

We don’t know much about this antitrust investigation, other than it exists, and the Justice Department is looking at multiple “market-leading online platforms.” So that’s Facebook, Google, and Amazon at least; if not Twitter, Apple, and other online giants, too. The department says it will explore whether those online platforms “are engaging in practices that have reduced competition, stifled innovation, or otherwise harmed consumers,” whatever that might mean. 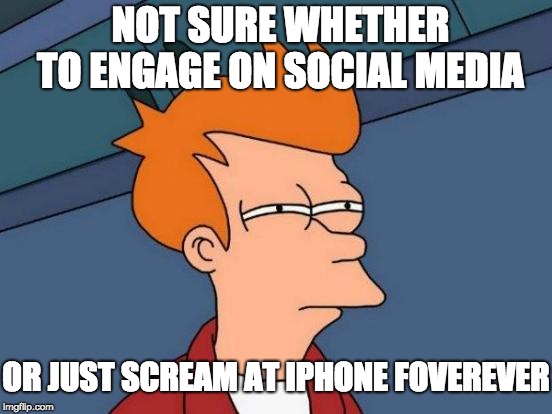 This investigation can go two ways. Cynics will say it’s cover for the Trump Administration to extract political concessions from the firms, to make conservative voices more prominent in public discourse. President Trump has long railed about supposed “censorship” of conservative views at social media businesses. That’s nonsense, of course. The reality is that many of Trump’s vocal online supporters are racists or right-wing extremists, whose statements violate social media firms’ terms of service and common decency, to boot.

But ask yourself: Is Trump the sort of president who try to use Justice Department enforcement threats to amplify the voices of his political base? Is William Barr the sort of attorney general who would bend investigations to Trump’s political benefit? We all know the answers to those questions.

So if this antitrust investigation veers toward a conclusion like that, compliance officers should consider what sort of enforcement world that heralds: where an imperious, politically weak, intellectually small president barks out demands to investigate this or that company until it grants him political favors. That’s an ugly world for corporate ethics and compliance.

I’m not naive; I know this country has flirted with ideas like this before. But Trump takes these ideas to a shameless new level. He has proven time and again that he’d investigate and jail political enemies if he could. It’s valid to ask whether this antitrust investigation is the corporate law equivalent of that base impulse.

Seriously — I’m not naive. I understand the answer to my question above might be no, and that mabye the Justice Department does sincerely want to investigate antitrust power among social media giants. I’m not sure that leaves businesses any better.

Makan Delrahim, assistant attorney general for the Antitrust Division, gave a speech in June where he laid the groundwork for antitrust enforcement against Big Tech. Delrahim began by saying, “the right question is whether a defined market is competitive” and then went on to say:

Price effects alone do not provide a complete picture of market dynamics, especially in digital markets in which the profit-maximizing price is zero… Harm to innovation is also an important dimension of competition that can have far-reaching effects.

My question is how this antitrust investigation will define and identify anti-competitive behavior, especially given that financial harm to consumers isn’t apparent (because the price for most social media products is zero).

I don’t know what the answers to those questions are, or should be. My question is this: if the Justice Department does sincerely want to address antitrust concerns in technology firms; and that does lead to new principles of antitrust enforcement based more on anti-competitive effects rather than harm to consumers — what precedent does that set for future enforcement of other industries?

For example, imagine how a Democratic administration might apply those ideas to busting up pharmaceutical, or health insurance, or telecommunication, or technology industries in the 2020s. Democrats already talk tough about mergers and harm to consumers already. Imagine what they could do with expanded legal theories that consumer harm doesn’t have to be present anyway.

So as interesting as the specifics of Facebook’s settlements are (and we’ll take a closer look at the SEC settlement soon, I promise), they strike me as rearranging the furniture in the room. It’s the antitrust investigation that could shift the floor underneath our feet.