Boeing’s risk management failures with its 737 MAX jet turned out to be the biggest cautionary tale of corporate governance in 2019. Now we have one more glimpse into those executive misjudgments courtesy of the New York Times.

The Times published yet another in-depth article about Boeing’s troubles on Sunday, this time starting with a recent meeting between the head of the Federal Aviation Administration and Boeing CEO Dennis Muilenberg. The meeting didn’t go well for Muilenberg, as the FAA tersely told him that Boeing must do much better at providing more documentation to the FAA so the agency can decide when the MAX might ever return to flight.

[UPDATE: Monday morning, two hours after I posted this analysis, Muilenberg got fired.]

From there the article widens the lens quite a bit, recounting how Muilenberg has struggled to lead the company since regulators around the world grounded all MAX jets in March. On the ground those jets remain, and the plain truth is that nobody has idea when they might take off again.

Meanwhile, for the last 10 months, Muilenberg has lurched from one misstep to another: premature promises that the MAX will return to service, only to admit more delays; public apologies that fell flat with crash victims’ families; awkward confabs with airline executives (Boeing’s customers, after all) where Muilenberg skipped schmooze sessions to linger by himself.

The Times article recounts all those awkward moments, and they’re worth reading. For compliance and risk professionals, however, the most damning vignette involves how Muilenberg mishandled Boeing’s internal investigation and its cooperation with external regulators.

In January 2019 — after the first MAX jet had crashed, but before the second one did in March — Boeing investigators found internal messages from November 2016, from one Boeing test pilot to another. The pilot complained that the MAX’s automated piloting system was “running rampant” and behaving unpredictably.

Boeing’s senior management knew about those troubling messages in January 2019 —  yet they did not disclose them, to the FAA or anyone else, until two months ago. Why not? This excerpt from the Times says it all:

OK, let’s all take a deep breath and then pick this apart.

The Spirit of Cooperation

My first thought after reading the above paragraph was the Justice Department’s cooperation policy for corporate misconduct. Muilenberg’s decision to keep quiet about those internal messages shows a stunning ignorance of what that policy is all about — or more precisely, a casual disregard for the standards of ethical conduct that policy tries to achieve.

We all know the policy itself, of course. The Justice Department first unveiled it in 2017 as the FCPA Corporate Enforcement Policy, and its precepts were simple. To receive more favorable treatment when under investigation, a company must voluntarily disclose its misconduct, cooperate in any internal investigation, and remediate any weaknesses that led to the misconduct in the first place.

That was the policy two years ago, for FCPA issues. Since then, the Justice Department has expanded the policy to encompass pretty much every other type of misconduct too. Details vary — for FCPA issues, the default is a declination to prosecute; for export control issues, it’s a non-prosecution agreement — but the three principles are always the same: self-report, cooperate, and remediate.

And here we have Muilenberg, sitting on explosive details about when Boeing understood it had problems with the MAX jet, because he worried that telling the FAA might complicate an investigation by the Justice Department.

At the least, that decision runs counter to the second principle of cooperating with regulators. In a roundabout way, it also runs counter to the third principle of remediating weaknesses, because the most important element of a compliance program in any company is the tone from senior management. If Muilenberg’s judgment is this, you have to wonder whether he really understands what’s necessary to demonstrate a commitment to ethical conduct.

I know a battalion of corporate lawyers will say I misunderstand how the Justice Department’s cooperation policy applies here. They’ll outline many nuanced considerations for an investigation so complex, straddling both civil and criminal probes.

I’m not ignorant of those considerations, but I am ignoring them, because they don’t address the most important question of all in corporate ethics: Who cares?

Seriously — who cares that Boeing might increase its criminal liability by confessing those internal messages to the FAA? Clearly the FAA doesn’t care. On the contrary, withholding those messages has only made the FAA even more skeptical of Boeing’s behavior. Every other aviation regulator will feel the same way.

I’m also willing to be the Justice Department doesn’t care. It wants to determine any potential criminal liability here. Withholding those messages might serve some bargaining advantage in the short term, but it won’t help much in the long term.

Above all, the flying public doesn’t care. The flying public only sees Boeing looking squirrelly. That foments distrust, and then people decide they won’t fly on MAX jets anymore. It’s one collective outburst of, “These guys don’t know what they’re doing, they’re lying to us, so screw it, I’m never getting on one of those jets again.”

And in the face of that animus, corporate lawyers and Boeing defenders still want to split hairs about liability issues from submitting those internal messages sooner? Really?

Ethics in Action: It Matters

The point is that ethical values clarify the actions of people like few other things. Ethical values push aside extenuating circumstances, sit at the head of the table, and announce: “This is where we start. Whatever other circumstances might gather around, all judgments we make begin and end with these universal truths about what is right or wrong.”

Everyone knows that is all easy to say, and still really sucks when the person on the hot seat is you. Living up to ethical values is hard. 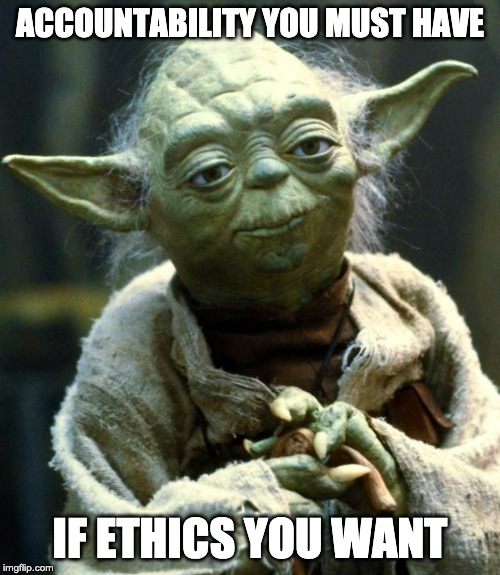 What could Boeing have done? Turned over those internal messages as soon as they came to senior executives’ attention. Muilenberg could have said, “This is bad. We may suffer more consequences for disclosing this information. But trust in Boeing’s word is more important than the adverse consequences we might suffer because of disclosing this.”

Corporate lawyers might go apoplectic over that idea. Ethics and compliance officers, or any leader who puts ethical conduct first, should embrace it anyway. Commitment to ethics brushes aside extenuating circumstances like a parent kicks aside toys cluttering the living room floor. People see that commitment, and gravitate to it, and it builds trust.

Boeing hasn’t done those things. Is anyone truly surprised the company has reached this point?