Compliance officers appointed to corporate boards — not one, but two of them, included in the Compliance Jobs Report this week! Plus news from CBRE, FINRA, and a few life sciences firms. We have job openings from Boston to Cleveland to San Francisco, and our Meme of the Week goes out to the audit team.

Ameren Corp., a power utility based in St. Louis, has named Leo MacKay to its board of directors. MacKay has a day job as  senior vice president of ethics and enterprise assurance at Lockheed Martin. He’s also on the board of Cognizant Technologies, where he helped the company weather a rather nasty FCPA scandal a few years ago. We need more ethics and compliance people on more boards!

Karen Begelfer has joined real estate giant CBRE as senior vice president of finance risk and assurance. Begelfer comes to CBRE from Sprint, where she had been chief audit executive from 2013 until earlier this year.

Sarepta Therapeutics, a biotech firm that works on genetic treatments for rare diseases, is promoting Ryan Brown from chief compliance officer to general counsel. Brown joined Sarepta in 2018. Fun fact: he is succeeding Ty Howton, who is retiring as Sarepta’s general counsel after eight years in that role. If that name sounds familiar, it’s because Howton used to be chief compliance officer at Vertex Pharmaceuticals and Genentech back in the 2000s.

Natasha Williams has a new role as head of compliance for the European region at Viatris, the company that resulted from the merger of Mylan and Upjohn. Williams had already been chief compliance officer for Mylan’s European operations since 2018.

Staying in Europe, Pablo Marijuan has an expanded role at FCA Bank. He’s now director of compliance for Spain and Portugal; he’d previously been compliance director solely for Spain. Marijuan has been with FCA (which is based in Italy) since 2016.

And one more from Europe: De Volksbank in the Netherlands has hired Rémon Krikke as compliance officer. Krikke comes to the bank after five years at Schuiteman, an accounting and advisory firm, where he worked as a consultant.

In Washington, the National Credit Union Administration has named Elizabeth Fischmann chief ethics counsel. Fischman joins the NCUA from the Department of Health & Human Services, where she had been associate general counsel and the agency’s designated ethics official since 2015.

InnovaTel Telepsychiatry, a business that delivers mental health counseling via telehealth, has named Jordana Bernard chief compliance officer. Barnard comes to InnovaTel from InTouch Health, where she had been director of policy and public affairs. Therapy delivered via computer — after this year, I’ll need to keep a dedicated browser open all day long.

And FINRA, the regulator for broker-dealer firms, has grabbed Scott Anderson away from Société Générale to be its next head of market regulation and transparency services. Anderson had been chief compliance officer for SocGen’s Americas operations since 2019, and held a similar role at UBS for a few years before that. Anderson began his career 25 years ago at FINRA’s predecessor, the NASD.

No vendor gossip this week! Somebody send me a press release about a merger or a product launch or something.

Salesforce is looking for a vice president of global ethics and integrity. Job is technically based in San Francisco, but really based in your spare room with a laptop.

Alnylam Pharmaceuticals is looking for a senior director of ethics and compliance. Job is based in Cambridge, Mass., which is also hometown of Radical Compliance.

Manufacturing business Eaton Corp. is seeking an ethics & compliance counsel for its North America operation. Job is based in Cleveland. 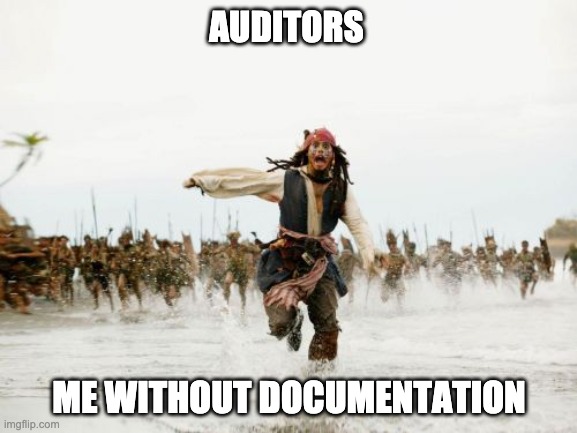 That’s all for this week’s report. We will not have a Jobs Report next week on Dec. 25, but will publish a report on Thursday, Dec. 31.