The Compliance Jobs Report this week starts with a wave of notable retirements, but fear not, we also have hires and promotions at Knock, State Street, the IMF, the Commerce Department, and lots more. A few work anniversaries to note, and job openings in emergency services, cybersecurity, and booze. Our Meme of the Week goes out to Dwayne Johnson.

We begin at Deutsche Bank, which just announced a bit reorg of its senior ranks. First, chief risk officer Stuart Lewis has announced that he plans to retire next year. Lewis has been chief risk officer at the bank since 2012, and assumed responsibility for compliance and financial crimes (preventing them, not committing them) in 2019.

As Stuart exits the scene, responsibility for compliance and financial crime will be re-assigned to chief administrative officer Stefan Simon starting next month. Simon has been with Deutsche Bank since 2016. The role of chief risk officer will continue to exist, and Deutsche Bank plans to name a new CRO sometime soon.

And one more retirement: Caroline West is leaving Olympus Corp. after five years as global chief compliance officer. West is moving on after wrapping up a corporate integrity agreement and compliance monitorship with the feds. Her role will be taken over by Eva Gardyan-Eisenlohr who came to Olympus in January from Bayer AG, where most recently she had been the global data protection officer.

OK, back to hiring: Ron Skillens has joined UC San Diego Health as chief compliance and privacy officer. Skillens comes to the hospital system after five years at JPS Health Network in Fort Worth, Texas, where he had been senior vice president for enterprise risk management and chief compliance officer.

In Washington, the International Monetary Fund has hired Brenda Boultwood to be director of risk management. Boultwood comes to the IMF after a few months at tech startup 4CRisk.ai (seriously, that’s the name). Prior to that, she had been a solo GRC consultant for a few years, and earlier in her career she was a senior executive at MetricStream. Boultwood succeeds Vivek Arora, who is moving to be deputy director of the IMF’s Africa bureau.

While we’re in the neighborhood, State Street Global Advisors (the asset management subsidiary of State Street) has named Jennifer Love global head of compliance regulatory analysis. Love had previously worked at State Street Corp. as a managing director, and had been vice president of compliance in the late 2010s.

Viatris, the result of that pharma merger last year between Mylan and Upjohn, has hired Rashmi Dangol as information security policy and compliance lead. Dangol comes to Viatris from Thermo Fisher, where she had been a cybersecurity compliance analyst for three years.

Italian defense firm Leonardo has promoted Riccardo della Vecchia from control systems manager to “head of business unit defense systems,” which is just an awesome title to have. Della Vecchia works within Leonardo’s internal audit function and has been with the firm seven years.

At the U.S. Commerce Department, Sheila Miller has been promoted at the department’s office of inspector general from senior auditor to supervisory auditor. Miller has been with Commerce since 2019, and prior to that was an internal auditor for the U.S. Army.

Washington State University has hired Sherry Gordon to be the university’s new ethics and compliance adviser. That role was previously held by Heather Lopez, head of WSU’s internal audit function; the university decided the time had come to dedicate one person to the compliance role full-time. Gordon had previously worked in the state attorney general’s office handling WSU matters. (The university also just launched a new ethics & compliance website.)

Simmons Bank, a local bank based in Pine Bluff, Ark., has named Rodney Hawkins chief audit executive. Hawkins comes to the bank after 10 years at Windstream Communications, where he had been head of internal audit and chief compliance officer.

James Prince has joined Baker Hughes as vice president for international trade compliance. Prince comes to Baker Hughes after 11 years at Schlumberger, most recently as general counsel for compliance and government affairs.

Rochelle Fuhrmann, vice president of audit and enterprise risk management at Becton Dickinson, has been appointed to the board of directors at Histogen, an early-stage life sciences company. Fuhrmann will serve on the audit committee.

In London, Anjali Menon has joined iPayTotal, a payments processor that prides itself on providing “high-risk merchant account services.” Menon joins the firm after working as a compliance paralegal and contract specialist at a few other payments firms.

And down in Barbados, CIBC FirstCaribbean has promoted chief auditor Carl Lewis to be chief financial officer of the bank. Succeeding him as chief auditor is Khadija Bourne, currently the firm’s director of operational risk.

Elda Orozoco just hit 10 years with Novartis, where she is global head of ethics and compliance for digital operations.

Global Medical Response, an emergency medical evacuation service, is looking for a vice president of compliance. Job is based in suburban Denver.

CyberArk, a cybersecurity firm, is looking for a vice president of compliance and ethics. Job is based in Boston.

Liquor company Beam Suntory is recruiting a global compliance manager. Job is based in New York. 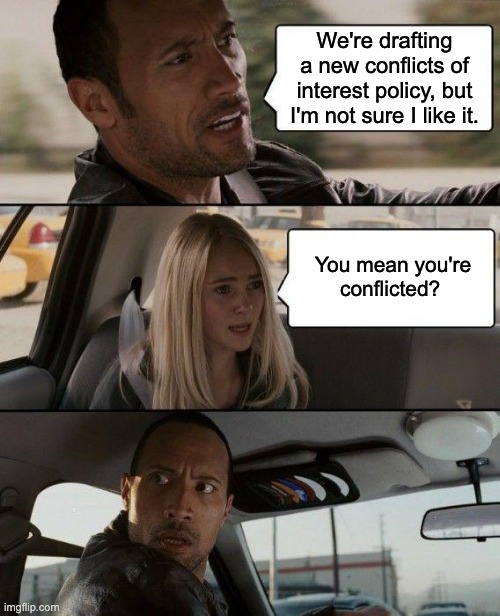 That’s all for this week’s report.